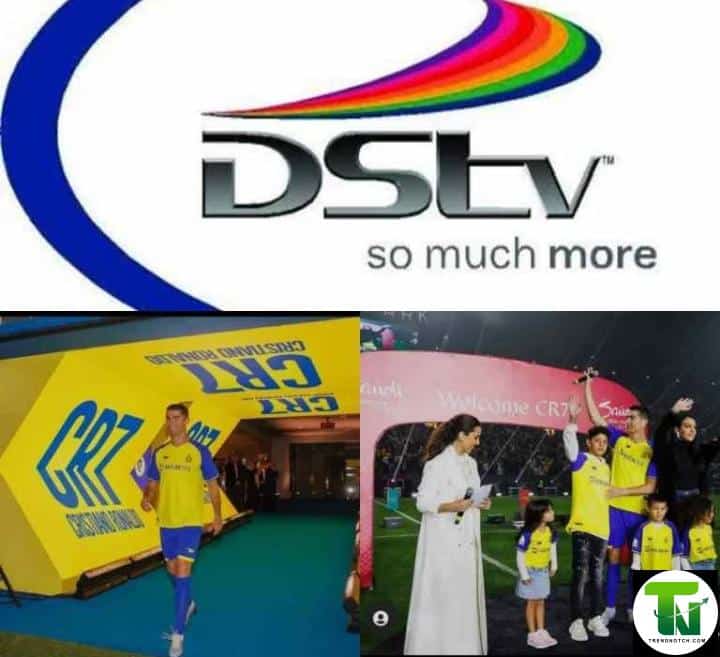 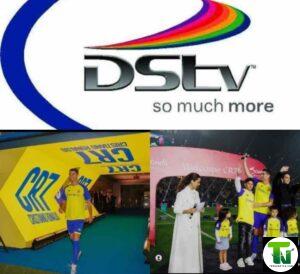 DSTV Introduce A New Channel For Saudi Arabian League Moment Al Nassr Signs Ronaldo? – HalaRonaldo – A whole lot has emerged since the Legendary Portuguese goal machine and captain, Cristiano Ronaldo got signed by Saudi Arabian side, Al-Nassr a few days ago. It was a move that shocked the entire football world.

The Saudi Arabian team, Al-Nassr had been on 860k followers on Instagram before the statement that confirmed the transfer of one of the greatest footballers in the world, but Al-Nassr at the moment has 8.3 Million followers on the social media platform.

Aside from the skyrocketed tally of followers on Instagram, Cristiano Ronaldo’s official announcement post has counted more than 30 million likes with more than 1.2 million comments as well, this reveals how influential the great footballer is.

Some days ago after news of the Portugal National team captain’s move to the Saudi Arabian side, Al Nassr, Digital Satellite Television, abbreviated and popularly known as DStv established a new sports channel revealed to be Channel 240 because of Cristiano Ronaldo’s move to the team to shown Saudi Arabia’s league.

It shows how strong Cristiano Ronaldo is and his influence is extremely enormous.

The Portuguese captain and all-time highest goal scorer, Cristiano Ronaldo has happened to pour cold water on an apparent future move to English side Newcastle United by asserting that his job in Europe is accomplished.

The 37-year-old goal machine was unveiled by his new side on Tuesday in Saudi Arabia and has put pen to paper on a contract worth a total of £173 million per season.

“So far I’m feeling incredibly happy. I’m so excited to make this decision in my career, and as you indicated earlier in Europe my job is accomplished,” – Cristiano Ronaldo revealed as he had his first press interview in Saudi Arabia.

“I won all titles, I played at the most valuable football teams and for me now it is a new and different challenge in Asia.