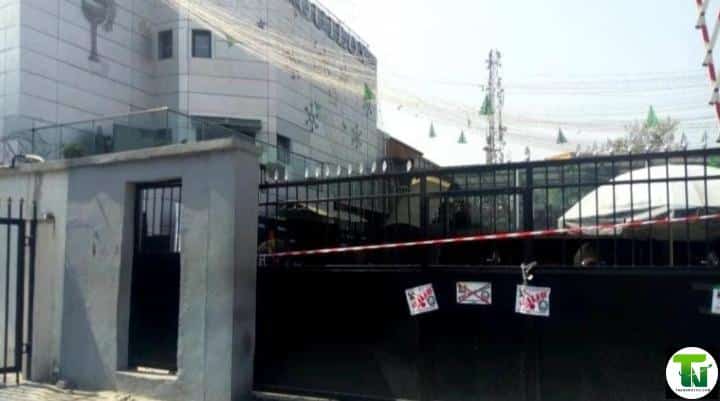 The enforcement exercise which was jointly carried out by the agency and Lagos State Task Force took place around 4.30pm after receiving several complaints by the neighbors.

Confirming the seal off exercise, LASEPA, General Manager, Dr. Dolapo Fasawe, said that the measure became necessary following several distress calls with video evidence (s) received from concerned neighbors to support their claims on alleged environmental nuisances constituted by the club without recourse to the right of host community to peaceful environment.

According to Fasawe, “To avert situation like this, we recently held a stakeholder’s parley with the Owners/ Chief Executive Officers of night clubs in the state to address the issue of noise pollution during the festive period.